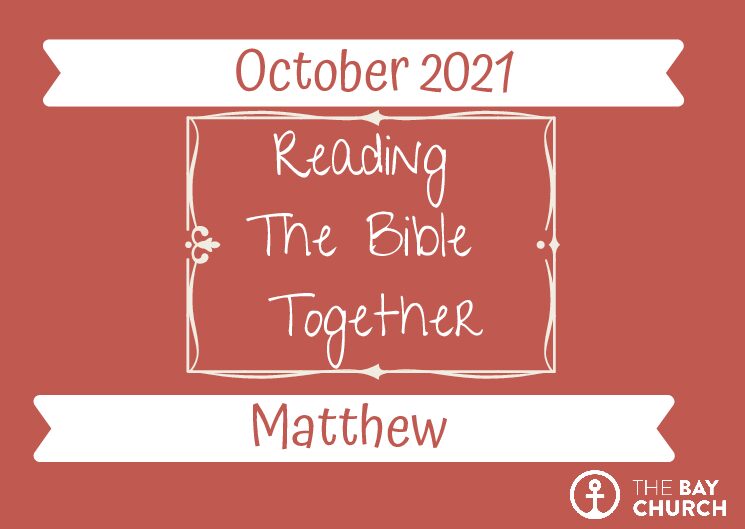 Matthew’s Gospel is the first of the four accounts of the life and teaching of the Lord Jesus Christ. (Matthew, Mark, Luke and John).The word ‘gospel’ means good news and refers to the message of salvation in Christ (see Romans 1:1-4). These four books relate the words and deeds of Jesus the Messiah, who proclaimed this message and enshrined it in Himself. The first three are called the ‘synoptic Gospels’ because of their similarity to one another with much of the content common to all three. From the early Christian centuries, Matthew the converted tax collector (Matthew 9:9), also known as Levi, has been regarded as the author of the Gospel.

Written firstly for Jewish Christians in Palestine, probably between 60-65AD, Matthew’s aim was to prove that Jesus of Nazareth was the promised Messiah and that in Him the ancient Old Testament prophecies had their fulfilment. The Gospel is full of references to Old Testament passages where Christ is predicted or foreshadowed. In total Matthew’s Gospel contains sixty five references to the Old Testament of which forty three are direct quotations. It makes it clear that Jesus came not to destroy the ‘Law’ but to fulfil it.

Matthew’s Gospel alternates between accounts of Jesus’ activity  healing , casting out demons and  working other miracles, and setting out major blocks of teaching, including chapters 5-7 the Sermon on the Mount, chapter 13 Parables of the Kingdom and chapters 24-25 the Olivet Discourses. This Gospel sets forth the Kingly glory of Christ and shows Him to be true heir of David. Matthew, in fact, uses the term Kingdom of Heaven thirty two times.

The developing conflict between Jesus and the religious leaders is presented very clearly Its culmination in Him pronouncing ‘seven woes’ upon them and their apparent eventual success in having Him arrested and put to death, are central parts of Matthew’s account

Although it is obvious that Matthew is a Jew to the core, writing primarily for Jewish Christians, he clearly shows that Jesus is Saviour not of Jews alone but of all nations. The concluding verses of this plainly Jewish Gospel tell of Jesus’ ‘Great Commission’ . Here His Jewish followers were sent out into all the world to make disciples from all nations.