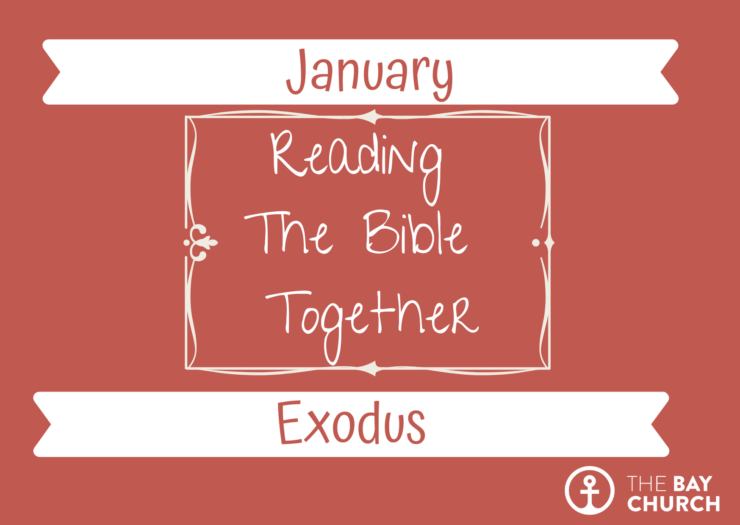 Outline of the Book of Exodus
Exodus 1 Pharaoh oppresses the Israelites
2-4 Birth, preparation and calling of Moses
5-11 Moses’ meetings with Pharaoh and ten plagues
12-15 The exodus from Egypt
16-18 The journey to Sinai
19-23 The giving of the Ten Commandments and Law
24-31 Instructions concerning the Tabernacle
32-34 Israelites sin (Golden Calf), God’s judgement, Moses’ intercession, renewal of covenant
35-40 The construction and dedication of the Tabernacle

Introduction to the Book of Exodus
This is the second of the books of Moses. It tells the history of the Israelites from the death of Joseph to the giving of the Law on Mount Sinai.
Jacob’s family had settled in Goshen in Egypt by Joseph during the great famine (Genesis 47). Here they prospered, were fruitful and their numbers increased greatly. As they multiplied they “grew exceedingly strong, so that the land was filled with them.” God was beginning the process of forming Abraham’s descendants into the Israelite nation.
A new Pharaoh, who knew nothing of Joseph, saw the Israelites as a potential enemy within his land. Oppression and persecution reduced them to slavery. At the time when Pharaoh had decreed that all the male Israelite babies were to be drowned in the River Nile, God raised up Moses to deliver his people from bondage. Rescued as a baby from the waters of the Nile by an Egyptian princess, Moses was brought up in the royal palace.
However the adult Moses identified with his own people. When he came to the aid of an Israelite being mistreated by an Egyptian, he ended up killing the Egyptian and was forced to flee from Egypt. He was to spend the next forty years working as a shepherd in the wilderness near Mount Sinai. It was from here that God called and equipped Moses to be a saviour for His people and to deliver them from captivity in Egypt.
Following Moses’ calling Exodus tells of the many meetings he and his brother Aaron had with Pharaoh and of the ten plagues God brought on Egypt because of Pharaoh’s continued refusal to obey Him.
After the tenth plague, the death of the first born, Pharaoh let them go and even asked for Moses blessing, but he soon changed his mind and pursued them with many chariots of war. The Lord worked a mighty miracle, parting the waters of the Sea to allow the Israelites to escape but drowning the Egyptians who tried to follow them.
As the Israelites marched through the desert to Mount Sinai God miraculously provided food and drink for all of this huge company. At the holy mountain the Lord gave Moses the moral law and the Ten Commandments on two stone tablets. He also gave other laws for governing the people, instructions for making the Tabernacle, and concerning worship.
Following their worship of the golden calf, the people came under God’s righteous judgement. However, after Moses’ intercession, the Lord showed mercy and renewed His covenant with them.
The book ends with a description of the construction of the tabernacle and concludes by describing how “the cloud covered the tent of meeting and the glory of the Lord filled the tabernacle”. The Lord would accompany, guide and protect them during all their journeying through the wilderness.
As Christian believers we can see in the Book of Exodus many spiritual applications, many types and foreshadowings of Christ. Indeed we have been rescued from sin and the devil’s kingdom and we are travelling through the wilderness of this sinful world to the promised land of heaven. Reading Exodus we will often be drawn to thinking of our Saviour, the Lord Jesus Christ.

The two highlighted passages have not been included in the reading plan, as this would make our daily readings too long. They consist of details concerning the exact construction of the tabernacle and its furniture etc. They will probably be best studied with the help of illustrations from a Bible encyclopaedia or from the internet.