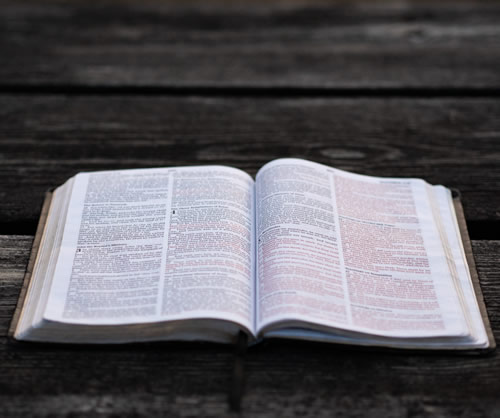 We launched Reading The Bible Together in October 2018. It is a way for the whole church community to read through the same book(s) of the Bible at the same time. It also forms the content for our monthly Home Groups. Each month we will meet to discuss what we have read, what we have learned and any questions we have.

We will be reading 2 Samuel together during January. Take your time, go at your own speed and begin in chapter 1 and keep reading through. As you do ask the Lord to make clear to you what He is saying through his word. Write down anything that strikes you, puzzles you, or encourages you.

We don’t know the human author of 2 Samuel. As with all scripture it is God’s Word, it comes from him and is for us, that we may know Jesus and know how to follow him.

What is is about?

2 Samuel follows on from 1 Samuel, in fact they were originally one book. There are three or four main characters in the two books. Eli the Priest, Samuel the Prophet and Saul and David the Kings. We are being told the story of how Israel transitioned from the period of the Judges (Gideon, Samson, Deborah etc) to the period of the Kings.

The Prophet’s in the books are key mainly Samuel who anoints both Saul and David, but also Nathan and Gad who walk in his path after he has gone.

A Nation United – David begins 2 Samuel an enemy of the state, soon he is crowned king of Judah (1 tribe) and eventually he is King of Israel (12tribes). King Jesus is the place of our unity as a Church, united in him.

The King in his Capital – Jerusalem is established in these books and becomes the important geographical center for the Jewish people.

God Among His People – Ark – the Presence of God among his people. The Foundations of Jerusalem being God’s Holy city are being laid in this book. Though David doesn’t get to build the temple (Ch.7) the book ends with David constructing an altar to God on the threshing floor of Araunah the Jebusite (2 Samuel 24:18-25) the same site where his Son Solomon woudl build the Temple (2 Chronicles 3:1)

Rise & Fall of The King – David though righteous unlike Saul, is still a man capable of grave sin. We see the best and worst of David in this book. We see his kindness in his gracious treatment of Saul’s family and we see him callous and cruel in the Bathsheba incident. It leaves us longing for a King able to reign free of sin, its stain and its consequences.

A Fuller Promise – Chapter 7 is at the heart of the book. David has the desire to build God a house, but God has bigger plans to build David himself, his line and lineage into a house. A House that he will bless forever. Solomon fulfills this promise in part but it is ultimately realized in Christ.

Each month we will look to refer to the book of 2 Samuel as often as possible. Increasing our familiarity with the book and providing more opportunity to learn from it. As they happen this page will be updated.

If you have any questions about the book of 2 Samuel as you read please contact Andrew: andrew@thebaychurch.org.uk

You may find these Resources helpful in your understanding of 2 Samuel.

– Out Of Every Adversary – Dale Ralph Davis  – See Here