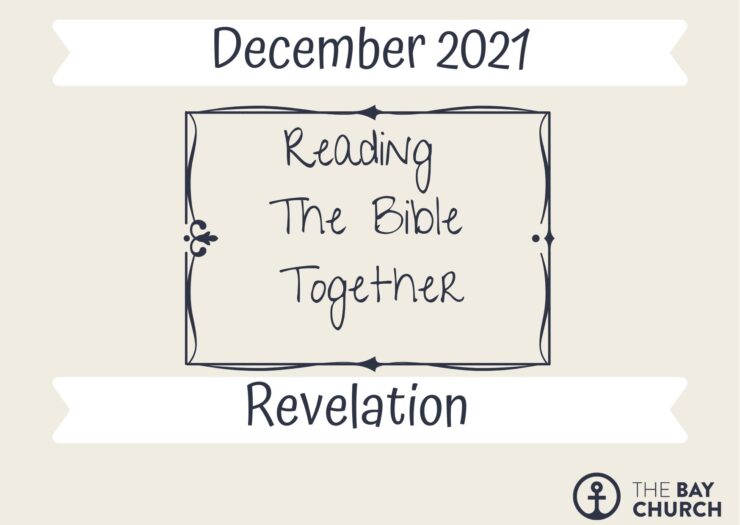 Revelation is a Bible book for all Christians to read and enjoy. Written to comfort and strengthen believers during a time of intensive persecution, it has been of special value to those suffering for their faith throughout the following centuries.

The time of writing was around A.D.96. The now aged John had been exercising his apostolic ministry in the Ephesian church for many years. He had probably moved there around the time of the sacking of Jerusalem by the Romans in A.D.70. Most likely he was the only one of the twelve still living. However, his advanced age did not exempt him from trouble and he was taken by the authorities into exile on the lonely island of Patmos, located out in the Aegean Sea. Here one Lord’s day when John was “in the Spirit”, Christ came and showed him the visions described in this book. The Lord Jesus specifically commanded him to write an account of the visions and send it to the seven churches in Asia Minor (modern day Turkey), (Rev1:11). The real author of Revelation is our Saviour, the Second Person of the Trinity and the book consists of His messages to these churches. This is especially evident in chapters 2 and 3. Each letter ends with the instruction “He or she who has an ear, let them hear what the Spirit says to the churches”. Each believer in all the churches was to listen to and to benefit from the contents of all seven letters. The same principle must be applied to the visions as well. All the visions are in the account to be read to all the believers in each of the churches and are therefore for the benefit of all. By way of extension all believers in all days and ages should read, mark and benefit from the whole Book of Revelation.

The question arises as to how the six visions given after the introductory section (chapters 1-3) are related to each other. Many interpreters have seen them as predicting a series of events, which will occur one after the other, leading to the great consummation in chapter 21. Some see these prophecies as describing historical events right through from New Testament times to Jesus’ second coming. Others see the visions as predicting events that   will happen in “the last days”, in the period just preceding and also following Jesus’ return.

However, it is better to see each vision as spanning the entire Gospel Age from the first to the second coming of Christ. As William Mulligan put it, “[Revelation] consists of a series of visions, each in the form of a panorama, not occurring in historic succession, but as repetitions of the same events in entirely new settings from different angles, each having a distinctive object in the various presentations.” This is the approach adopted by William Hendriksen who did the translation of Revelation for the N.I.V. His book ‘More than Conquerors’ is, in my opinion, the best help to understanding Revelation available today.

Our first duty in reading Revelation is to enjoy and feed on the pictures the visions paint of Christ and His people’s triumph in the battle against the powers of darkness. The command is mostly to look rather than to listen. The chief character in the drama is our risen Saviour, the Lord Jesus Christ. Introduced as the author and chief speaker, he delivers ‘personal’ messages containing teaching, encouragement and rebuke to each of the seven churches. He is the one who brings about the plan and purposes of God by opening the scroll held in His Father’s hand. He stands on Mount Zion with His redeemed people. He, ‘the Lamb in the midst of the throne’, is the shepherd who guides them to streams of living water. Riding on a white horse He leads His people, the armies of heaven, to victory. His weapon is His word, the sword that comes out of His mouth. He it is who will be the Judge of all, seated on the Great White Throne. He it is who speaks of the certainty of His coming again in the final chapter.

The seminary students discovered the college janitor reading Revelation in his Bible . “Do you understand what you are reading?” they inquired. “Sure do!” he replied. “It tells me Jesus wins!”

If the Apocalypse puzzles you greatly, do not rush and try to force understanding on yourself. Read and savour the picture. See Jesus and His people there. How does He achieve victory? Read commentaries and interpretations after you are thoroughly familiar with the picture Jesus paints in the vision.  Catching fleas hopping about the carpet is an almost impossible task. Grab the dog, carry him out of the room and you will remove the fleas as well. Likewise if you grasp the main teaching of the vision, all the minor details will fall into place. Lastly pray to the Lord that He will unveil the truths contained in the passage and give you understanding of His word.